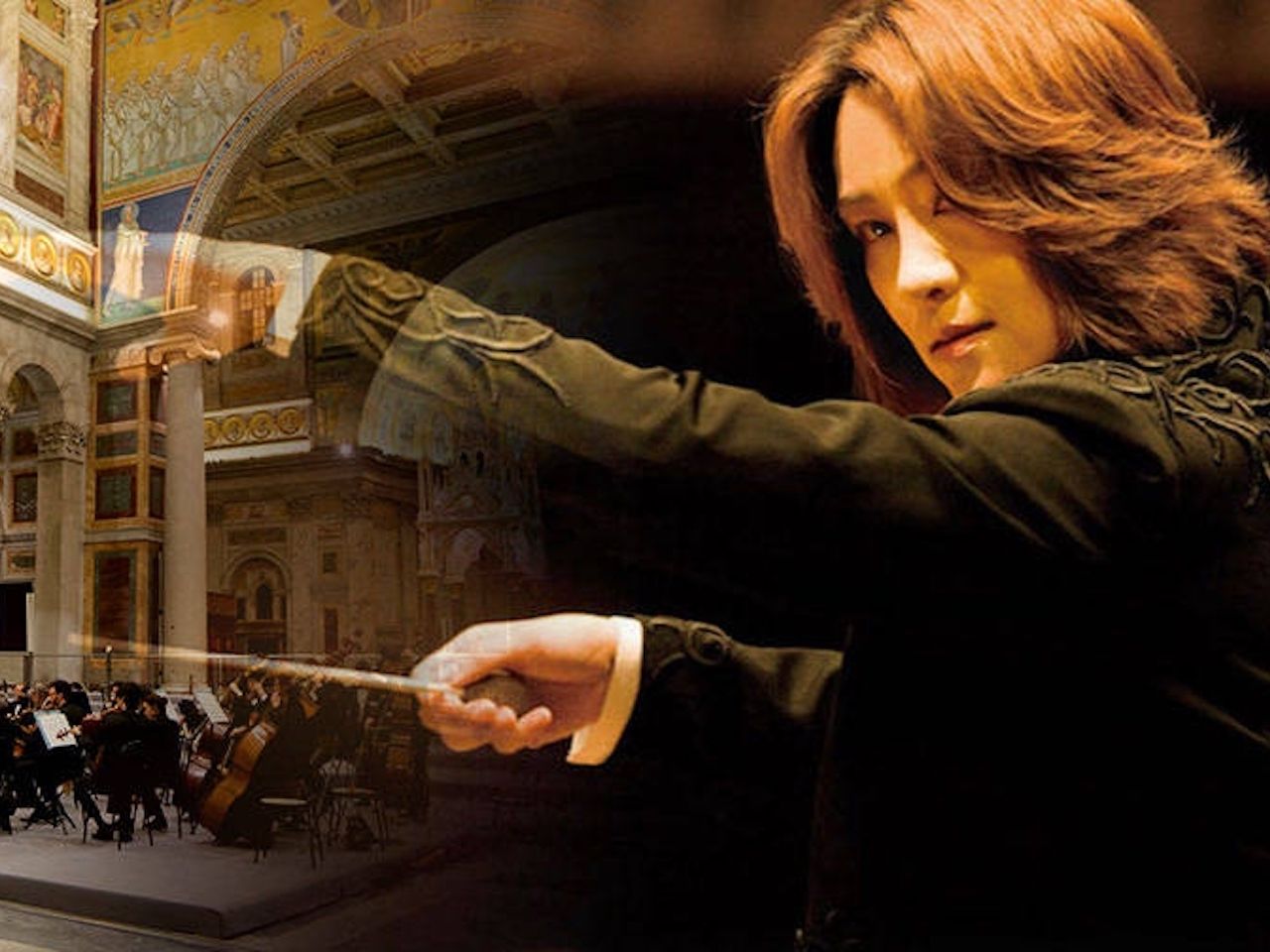 Tomomi Nishimoto is the current Artistic Director/Principal Conductor of the Illuminart Philharmonic Orchestra. She concurrently serves as the Music Partner with the Japan Philharmonic Orchestra, Music Director and the Principal Conductor of the Royal Chamber Orchestra, and the Visiting Professor at Osaka College of Music (Nishimoto’s Alma Mater) as of 2014. She also serves as the very first honorary ambassador of the city of Hirado in Nagasaki Prefecture and as the Osaka International Cultural Ambassador for the city of Osaka.

After graduating from the Osaka College of Music with a Bachelor of Music in Composition, she went abroad to study Opera and Symphony Conducting at the Saint Petersburg State Conservatory in Russia. She later becomes the first foreigner to serve as the Principal Guest Conductor for both the State Symphony Orchestra of Russia (Svetlanov Symphony Orchestra) and the St. Petersburg Mussorgsky State Academic Opera and Ballet Theatre. She continued to expand her European activities through successful performances with ensembles that include: British Royal Philharmonic Orchestra, Bruckner Orchestra Linz, Monte Carlo Philharmonic Orchestra, Hungarian State Opera House, the Prague State Opera, and the Odessa National Academic Theater of Opera and Ballet. Nishimoto is making her presence known in the United States as well. She made her American debut by conducting the American Symphony Orchestra at the Carnegie Hall. From 2011 on, she is regularly invited to the Westchester Philharmonic Orchestra in the United States. In Asia, she has performed in Greater China and South Korea,  along with major orchestras within Japan. By 2014, her activities have expanded to South America as well.

Recently, Nishimoto has also been experimenting with new genre of music by taking in traditional aspects of Japanese cultures, such as Kabuki. She has already performed a collaboration of opera and traditional Japanese theatre with Madame Butterfly (at Kyoto Minzamiza & Shinbashi Enbujo) as well as the restoration performance of long lost Min'yō tunes. Starting from November 2014, she has held regular performances with the Illuminart Philharmonic at the Orchard Hall.

Nishimoto’s personal message appears in a Japanese 9th grade math textbook published by Nihon Bunkyou Shuppan Co., Ltd from the years 2012-2015. She was also selected by “Newsweek JAPAN” as one of “100 World’s Most Respected Japanese”. Recently, she appeared in the official Japanese Government PR Magazine “We Are Tomodachi Summer Edition” as well as on the Japanese Government’s TV commercial promoting Japan during the G7 Summit as a Japanese national active on global basis.

Aside from music, Nishimoto has served as an elected member of the Young Global Leader at the World Economic Forum’s annual meeting held in Davos. In 2012, she completed the Harvard Kennedy School’s Executive Education Program in public leadership as a fully funded fellow.

In November 2013, Nishimoto lead the Illuminart Philharmonic at the Vatican Music Festival with a restoration performance of the "oratio", the chant and prayers of the Kakure Kirishitan (secret Christians) in Japan back in 1630s. In October of the following year, Nishimoto received the Honor of Fondazione Pro Musica e Arte Sacra in Vatican for her artistic talent and musical contribution. This made Nishimoto the youngest recipient ever of such honor.

Nishimoto continues to garner worldwide reputations through her global tours and activities.

In 2012, internationally successful, award winning musicians assembled around artistic director Tomomi Nishimoto to establish this orchestra as an attempt to surpass nationality and national borders and to break with conventionalism.

The orchestra functions as composite art medium, the connecting vector of chamber music, Illuminart Opera and Illuminart Ballet, as well as entertaining stage productions as one of its special features. At the same time the orchestra is widely active on television and in advertising events.

The orchestra has also merged traditional Japanese culture such as that of the “Onikenbai” (“Demon Dance with Sword”) from the City of Kitakami in Iwate prefecture and the Hachioji Kuruma Ningyo (a Japanese puppet theater company) with a fresh approach into the opera “Madame Butterfly”. This full length “Madame Butterfly” has been performed at the Kyoto Minami-za theatre, the most representative of kabuki theatres, the Osaka Shochikuza theatre in collaboration with Kyoto’s Kabuki artists, as well as at Tokyo’s Shochiku theatre together with traditional Kabuki artists.

Furthermore, the orchestra participated in “Sound Stage” at Kyoto’s famous Sennyu-ji temple, broadcasted by MBS nationwide, a performance on the occasion of the 1200th anniversary of Mount Koya and other historically significant performances, as well as performances in context of Tokyo’s Imperial Hotel Art Festival for the 125th anniversary of its opening. All of this reflects the orchestra’s continuous attempt to integrate traditional styles of Japanese culture from all corners of the country and actively strive to spread Japanese culture across the world.

For its public performance in Vietnam, the Illuminart Philharmonic Orchestra  included a traditional Vietnamese instrument. The orchestra once more demonstrated its efforts to explore the unique fusion of Asian cultures throughout its participation in the “Jo Sumi Special Performance” initiated by the Foreign Ministry of the Republic of Korea on the occasion of the 50th anniversary of re-established Korean-Japanese diplomatic relations. Collaborations such as that with Grammy Award winner, Jazz musician, and pianist Robert Glasper have served the orchestra to expand their artistic horizon ever more.

In only five years since its ‘birth’ in 2012, Illuminart Philharmonic Orchestra has grown rapidly and performed on stages all over the world thus giving way for its future projects to attract attention from all walks of life.